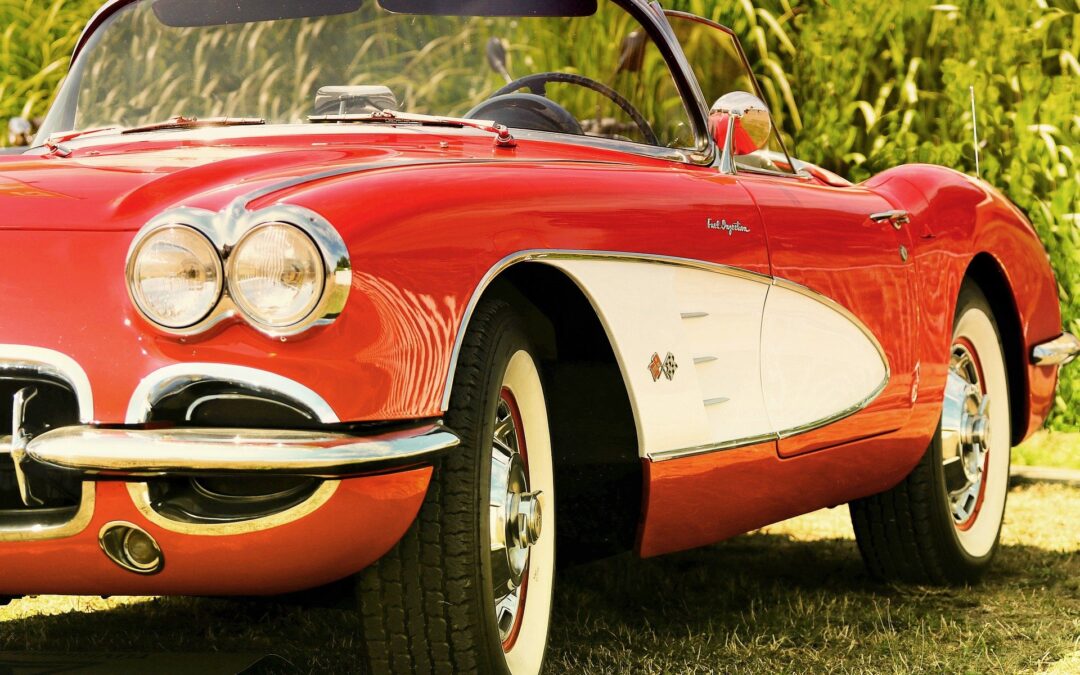 As a car lover, and a youth, I’m finding that there seems to be a sort of divide amongst some car enthusiasts. It’s obviously there because even non-enthusiasts can see it. When people find out I’m a gearhead, the most common question isn’t “Do you like American cars or imports?” It isn’t, “Do you like sports cars or pickup trucks?” It isn’t even, “What is your favorite car?” No, the first question I get asked most often, by gearheads and non-gearheads alike is, “Do you like new cars or old cars?”

New or old? Classic or Contemporary? High-tech or high-style? It surprises me that, even amongst gearheads, hell, even amongst Jalops, there is so much discourse regarding which is better. As though one must definitely be superior and one must be declared the loser. On one side, you have people like me, who argue that old cars embody the soul and the passion of the automobile as an entity. The raw, unadulterated experience of driving an old car is what creates an emotional bond between man and machine, and according to some, that bond can’t be created when there are so many computers helping you guide the car down the road. You have people like me, who aren’t impressed by the Nissan GT-R and vomited into their own mouth when they heard about BMW’s new “exhaust sound”.

On the other side, you have mostly younger people. People like me, who have limited experience driving older cars. People like me who love the fact that modern technology is constantly pushing the limits of what’s possible, and who can’t understand why you would want to commute in a manual. People like me want their car to start up every morning and get them where they’re going quickly, comfortably, and safely. The past is the past, and while it’s nice to remember and reminisce, I wasn’t there, and I am perfectly happy to plow on towards the future.

I damn near bought an old car for my first daily driver. I spent the longest time lusting over the late Jeep Grand Wagoneer. This was a car built in 1965 in 1990, so old-fashioned that even just after it ended production, it seemed like a relic. Keep in mind some of the other stuff being made in 1990. Yet I was so smitten by the style of the thing, and the chunky, trail-truck way it drove that I wasn’t prepared to be happy with anything else. My dad and I looked at three of them around town, but alas, they were just too pricey. I was sad to cross that car off my list, but I have promised myself that I will someday own one.

Then, up until a few days before I actually ended up buying what I ended up buying, I thought I was getting a 1976 Cadillac Fleetwood Brougham. It was twenty feet long, had an eight point two liter V8 and got eight miles to the gallon, downhill, with a tailwind. But it was triple red, had seventy thousand miles on the clock, and nothing could convince me that it wasn’t the coolest car in the world. We drove an hour out of town to go see it, and I fell even further in love when I saw it in person than I did when I saw it online. It was spotless, it was brash, and it was big. I don’t care how big you are thinking “big” is, it’s bigger than that. The hood felt like it was eight miles long, it had a bellowing foghorn to warn mortals in small modern economy cars to get out of the way, and a large hood ornament for aiming if they didn’t. It was perfect. And then I drove it.

Even with the size, and the weight, and the technology, and the catalytic converters, I cannot believe that the car with the largest mass production V8 in history could be so slow. It was like waiting for Christmas in January. That’s probably a good thing, though, because when I stepped on the brake pedal hard at just thirty miles an hour, all four tires locked up, and the car slid off the side of the road, a considerable distance from where I had first decided I wanted to stop. Even going down the two-lane country road normally at 40 miles an hour, with traffic piling up behind me, I was amazed how little I had to do with where the car went. “How is it possible,” I asked myself, “that this car is drifting over the center line and drifting off the side of the road at the same time?” Don’t get me wrong, I loved how it floated along and commanded other road users to get out of its way, but that being said, it was horrible.

And so I ended up with a much newer land barge. This land barge is German and has all-wheel drive, a shiftable automatic (which for some people appears to be the work of Satan), many air bags, traction control, antilock brakes, stability control, and power steering. It is also beige, and should therefore provide the same soulful driving and ownership experience as a riding mower. But I don’t mind that. I’m okay with giving up the spirit and the sensation of driving the Caddy for the much newer, safer, and better equipped A8L.

Now I realize that the two cars I picked aren’t what all the fuss is about. The Cadillac has some of the worst driving dynamics of any car for the last 60 years, old or new. And the Audi was in no way ever intended to send a chill down your spine, warm the cockles of your heart, or make your pants feel funny. It was meant to get you from point A to point B as quickly, safely, and comfortably as possible. Neither of these cars is where the real battle rages. Oh no. The real battle rages in a category which itself has been the topic of much debate, down to its very definition: sports cars.

The Jaguar E-Type, which nobody appears to remember was also called the XK-E here in the states, is a prime example. Hand-built in England before any modern safety features existed, it is a jaw-droppingly beautiful work of art. At the time, automakers weren’t concerned with making cars look angry or aggressive. Safety standards didn’t make the car bulky looking, or heavy. And because it was prior to the advent of driving aids, the big straight six engine and four-speed manual were your responsibility to keep in check. And the noise they produced was pure mechanical music, a direct result of a fantastic engine being routed to a simple, functional exhaust. There are downsides to an E-Type, though. It is famously unreliable, not particularly safe, especially in wet conditions, and not nearly as fast as a modern car.

A modern car, such as its own grandchild. One of the most critically acclaimed (and I do hate that term) cars of the last few years, the Jaguar F-Type is a thoroughly modern interpretation of the E-Type, down to its name. It is built in 2014, by machines, using computer-designed blueprints. The designers deliberately tried to make it look aggressive and angry, as the times call for. It has a hood height dictated by pedestrian safety standards and mandatory crumple zones on all sides. Yet despite this, it too, is an astonishingly beautiful car, as was the XK before it. It also has ABS, traction control, air bags, a supercharger, an aluminum body, an electronic limited slip differential (on the V8), and a transmission which is sacrilegious to any purist. It’s an eight-speed (that’s way too many) automatic (no driver’s car can be automatic) with paddle shifters (the work of Satan, as I said). The only way this car could be less like the E-Type is if it were front-wheel drive. I imagine that if it were, every classic sports car aficionado would simply melt into a shrieking, angry puddle, like the Wicked Witch of the West. But still, the F-Type has car enthusiasts and the media alike tugging at their leashes. It is, as I said, one of the prettiest cars of the 21st century, along with the Aston Martin V8 Vantage, the Rolls-Royce Wraith, the Audi A7, the original Mercedes CLS, and others. And as anyone who has driven one can tell you, it is a proper driver’s car.

It’s the same story with the new 911, the new Corvette Stringray, the Lamborghini Aventador, the Ferrari 458, the Dodge Viper, the Audi R8, and the Mercedes SLS. All of them are full of computers, automatic transmissions, safety systems and tuned exhaust valves that should make them ugly, soulless appliances that evoke no passion, no desire, no emotion from their owners or from passersby. They can be bought by anyone with money, regardless of taste, driving skill, mechanical inclination, or interest in cars. And yet, they are more than that. They are all very, very good looking cars. Some beautiful, some just striking and exciting. They all sound good, great in fact. They sound mechanical, and the fact that they were designed to sound that way doesn’t matter, once you hear them. And, if you ask anyone who has driven one, they will tell you that it puts a huge smile on your face, and makes every car-loving fiber of your being feel all warm and fuzzy.

What I’m trying to say is this. Old cars are great. I adore them, I respect them, I appreciate them, and I want one in the worst kind of way. But to those who say that new cars don’t have any soul, don’t evoke any emotion, don’t create a sense of passion, and don’t make for an entertaining, enjoyable, and most of all, engaging driving experience, I’m sorry, but that just isn’t true. It’s not true that a car must have a manual transmission and no driver’s aids to be considered a driver’s car. It’s not true that a true car enthusiast must turn their nose up at any modern car that is too computerized, too safe, too helpful to those who don’t know what they’re doing. And it’s simply not true that you can’t love a modern car. Modern cars may be growing and changing, but don’t fear the change. Because as long as there are people like us, who love automobiles and want them to love us back, the driver’s car won’t die. It will simply evolve. So please, stop comparing old cars to new ones, and trying to convince people which is better, because both can be completely awesome.